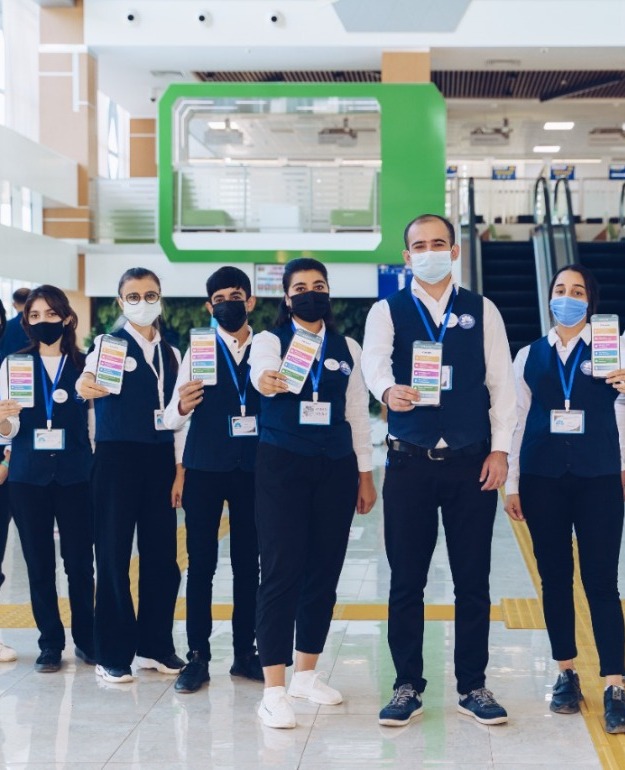 Awareness-raising activities have been launched in the regions on the “Digital Executive Power” portal - rih.gov.az, established by the E-GOV Development Center (EGDC) of the State Agency for Public Service and Social Innovations under the President of the Republic of Azerbaijan. Thus, since last week, Digital volunteers have been informing citizens in the "ASAN service" centers located in the city of Ganja, in Guba and Masalli districts where the project is being implemented.

The main purpose of the volunteers' activities is to inform citizens about the newly created portal and support them in using the services.

Volunteers inform citizens about the advantages of the portal rih.gov.az, e-application to local executive powers for an online or physical meeting, possible e-e-services available on the portal, and support citizens who want to register online on the portal.

Volunteers were trained by EGDC staff before starting their activities. During the trainings, volunteers were taught the functions and activities of the newly launched portal "rih.gov.az", as well as the rules of educating about the capabilities of electronic services, conducting surveys, and answering questions of interest to them.

The main goal of the “Digital executive power” project is to provide electronic access to services from a single space, save citizens' time, increase citizen satisfaction, as well as achieve data-based operational decision-making.

“Digital The executive power” portal was launched within the framework of the “Good Governance for Local Development” project implemented by the State Agency and the German Corporation for International Cooperation (GIZ).

Another direction of the project is "Application of ASAN standards in local executive powers." The project is initially implemented in three socio-economically active regions - Ganja, Masalli, and Guba. Relevant executive authorities were selected to represent each zone of Azerbaijan (north, south, and west), population, and location of "ASAN service" centers.