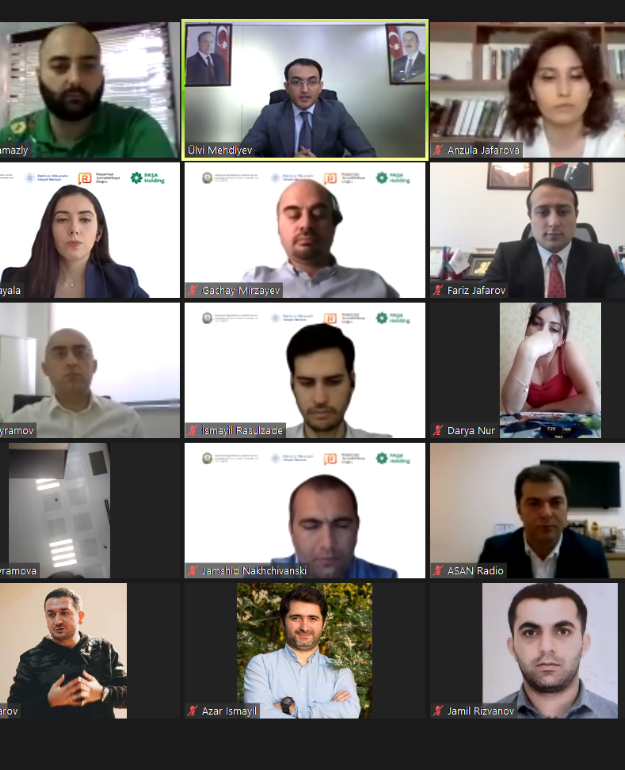 “Towards Digital Journalism” program has completed

“Raqamsal Jurnalistikaya dogru” program (“Towards Digital Journalism” program) implemented with the organization of the E-Gov Development Center subordinate to the State Agency for Public Service and Social Innovations under the President of the Republic of Azerbaijan and sponsorship of Pasha Holding has been successfully completed. Program participants and trainers attended at the closing ceremony of the program, which was held online.

Chairman of the State Agency for Public Service and Social Innovations under the President of the Republic of Azerbaijan Ulvi Mehdiyev emphasized the important role of the media in the field of building e-government in our country and awareness of digitalization in our country. The chairman of the State Agency praised the activities of media representatives in this area and thanked them.

“Raqamsal Jurnalistikaya dogru” program (“Towards Digital Journalism” program) consisted of two stages. In the first stage, training sessions on a special program were held for the participants selected according to the relevant criteria. training sessions in the form of webinars took place on June 17-20 covered the "Latest trends in journalism", "Ethical rules in journalism and media law", "Electronic projects", "Digital banking", "E-government portals", "Startups", "Artificial intelligence", "Blockchain Technologies" and other topics.

In the second stage of the program, a writing competition was held among the participants who successfully completed the webinar training. In this part of the program, research of real cases on selected topics and translation of digital services in that direction into the language of the reader was implemented.

In order to increase the stimulus of program participants to the topics, the authors of the best articles determined by the jury were awarded cash prizes. The first-place winner Rashad Jafarov was awarded 1,000 AZN, the second-place winner Anzula Parvizgizi was awarded 700 AZN and the third-place winner Farman Nabiyev was awarded 500 AZN.

Representatives of the media working on information technology, e-government, e-services, digital solutions, as well as those who want to increase their knowledge in this field to grow as a young blogger and contribute to public awareness attended at the program.

In addition, participants who successfully completed the program were awarded e-certificates by the E-GOV Development Center.

The main goal of the program is to inform media representatives about trends, e-services, and solutions in the field of digital government and to ensure the proper promotion of these services among citizens.

The E-Gov Development Center manages “myGov”, “e-Gov” e-government portals, “ASAN Login, “ASAN Finance”, “ASAN payment” system, “ASAN visa”, as well as “e-Procurement”, “e-agro”, “e-auction”, permissions system of the State Advertising Agency of the Republic of Azerbaijan, construction permit system and other e-government projects. In addition, the Center has developed the “The System for Obtaining and Monitoring Permissions during the Implementation of Special Quarantine Regime”.