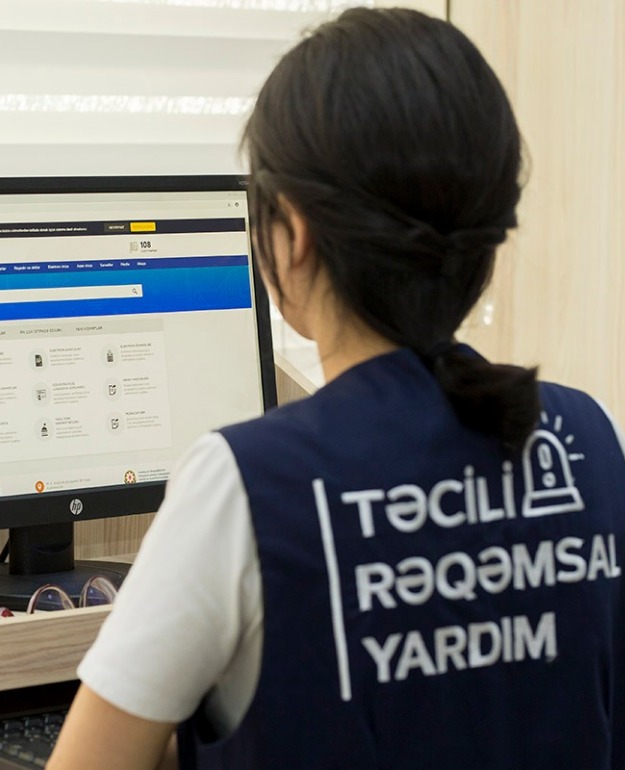 Volunteers commenced surveys in the “ASAN Service” centers working within the framework of the "Digital Government" promotion program initiated by the E-Gov Development Center subordinate to The State Agency for Public Service and Social Innovations under the President of the Republic of Azerbaijan and the "ASAN Volunteer" School. The goal is to find out to what extend citizens use e-services and which e-services they use the most, as well as from which sources they get information about e-services.

Based on surveys, citizens express their opinion on the quality of e-services in our country and indicate difficulties encountered while using e-services.

During the surveys, volunteers operating under the motto of “Emergency Digital Assistance”  informed interested citizens about e-services through e-portals administered by the E-Gov Development Center.