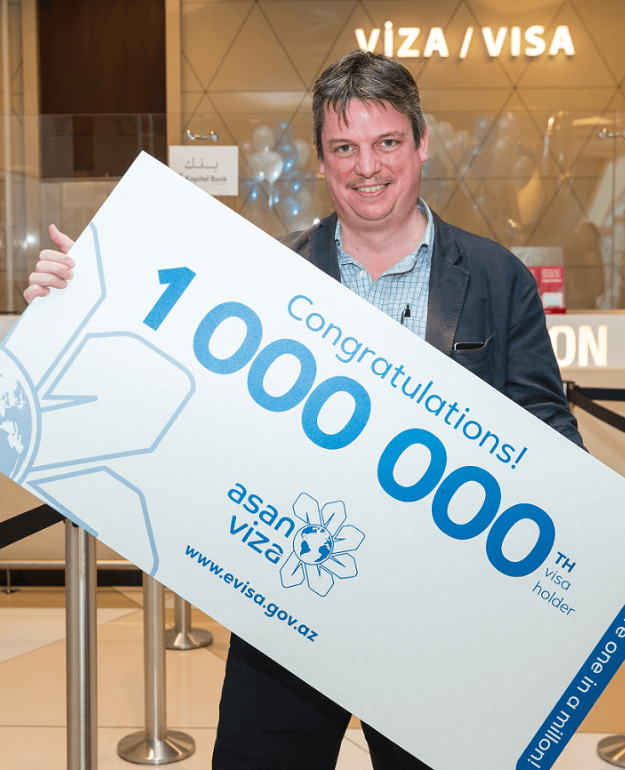 A millionth visa has been issued through “ASAN Visa”

The guest expressed his satisfaction with the e-visa issuance process through “ASAN Visa” and highly appreciated activity of “ASAN service”.

In 2018, 80 percent of the country's visas have been provided through the “ASAN Visa” system.