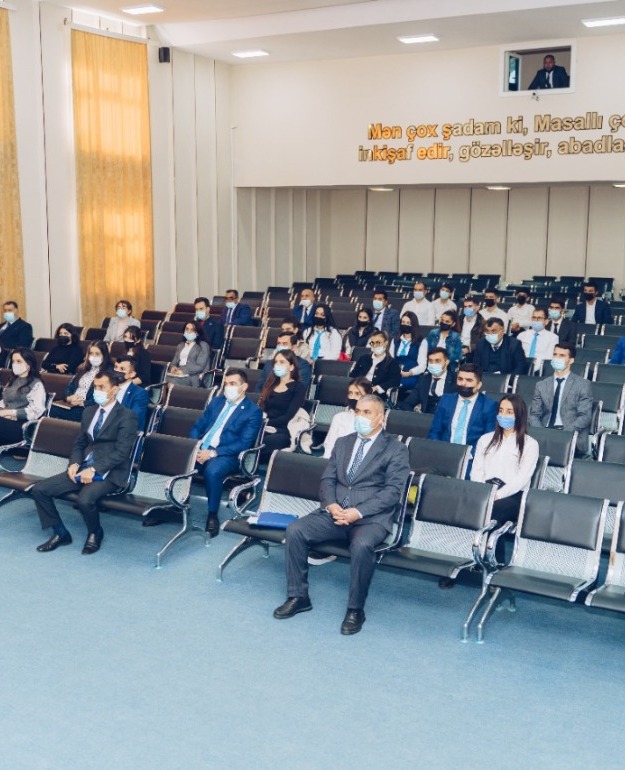 Employees of the E-GOV Development Center (EGDC) of the State Agency for Public Service and Social Innovations under the President of the Republic of Azerbaijan conducted trainings in Masalli and Ganja within the framework of the "Digital Executive Power" project.

Employees of the "ASAN service" center and executive powers, as well as ASAN volunteers attended in the trainings.

The trainings provided extensive information on the functionality and capabilities of the beta version of the “Digital Executive Power” portal, as well as projects implemented by EGDC, digital public services, e-government concept and strategy.

The trainings also included workshop for the employees of executive powers. Instructions were given to the employees for the use the portal, questions about reception, processing, execution of inquiries, as well as questions in other directions were answered.

It should be noted that the "Digital Executive Power" portal was created within the framework of "Good Governance for Local Development" project implemented by the State Agency and the German Corporation for International Cooperation (GIZ). Another direction of the project is "application of ASAN standards in local executive powers".

At the initial stage, 3 socio-economically active regions - Ganja, Masalli and Guba - were selected as pilot projects. These regions were determined by the representation of each zone of Azerbaijan (north, south and west), population and location of "ASAN service" centers. Within the framework of the project, trainings and workshops were planned to be held in all three districts in addition to creating a portal.

Before Masalli and Ganja, EGDC held trainings and workshop in Guba.

The delegation of the State Agency visited Kazakhstan