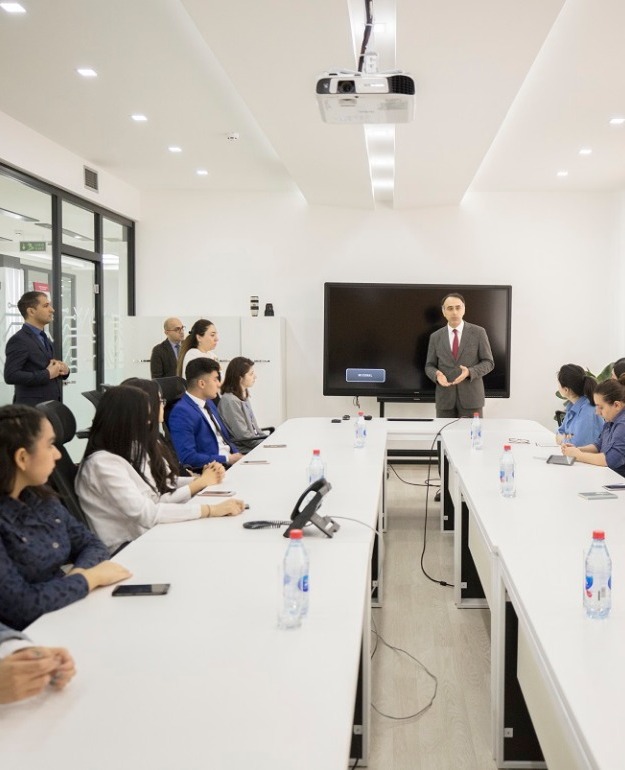 The pieces of training for volunteers have been started off within the framework of the “Digital Government” promotion program realized by the mutual initiative of the E-Gov Development Center and ASAN School under the subordination of the State Agency for Public Service and Social Innovations under the President of the Republic of Azerbaijan.

At the training, the role of ASAN volunteers in the “Digital Government” promotion program and the benefits of participating in this program for ASAN volunteers were emphasized.

In conclusion, the trainers answered the questions of volunteers and it was noted that training on various topics would be organized constantly within the framework of the program.

İn the course of the "Digital Government" promotion program, ASAN School volunteers will be directly involved in the process of enlightenment the population on digital services in special kiosks at ASAN service centers, universities and other centers in Baku and regions.