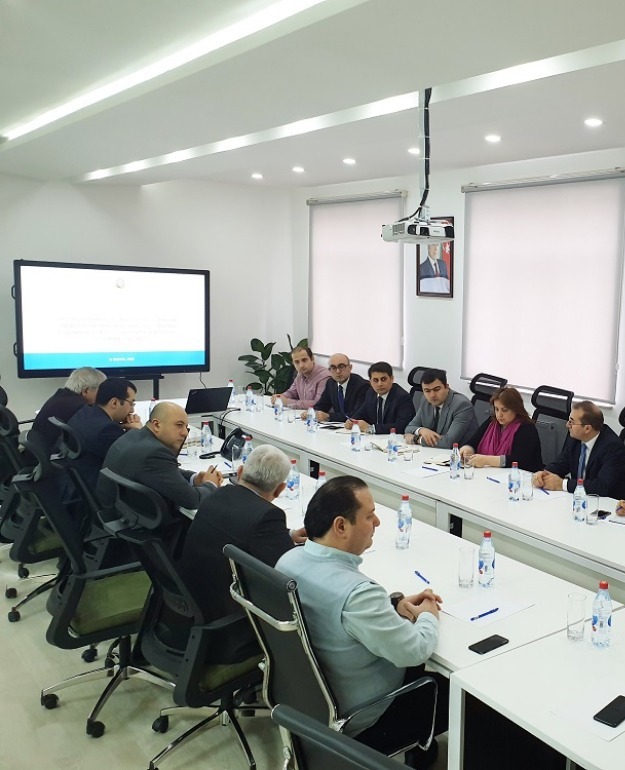 The next meeting of “Public Council on Electronic Services Promotion” under the State Agency for Public Service and Social Innovations was held.

Representatives of the Public Council, State Agency for Public Service and Social Innovations, State Committee on Urban Planning and Architecture and Ministry of Agriculture attended the meeting.

"Construction Permit System" and "Agricultural Information System" projects were presented to the members of Public Council.

It was noted that, the presented systems were developed by the "E-GOV Development Center" public legal entity under the subordination of the State Agency for Public Service and Social Innovations.

The Public Council was provided with detailed information on the functional opportunities of the mentioned projects, the work performed and the next steps.

Afterwards, meeting continued with the view exchanges on the proposed projects, questions of the Council members were responded, comments and proposals were made.