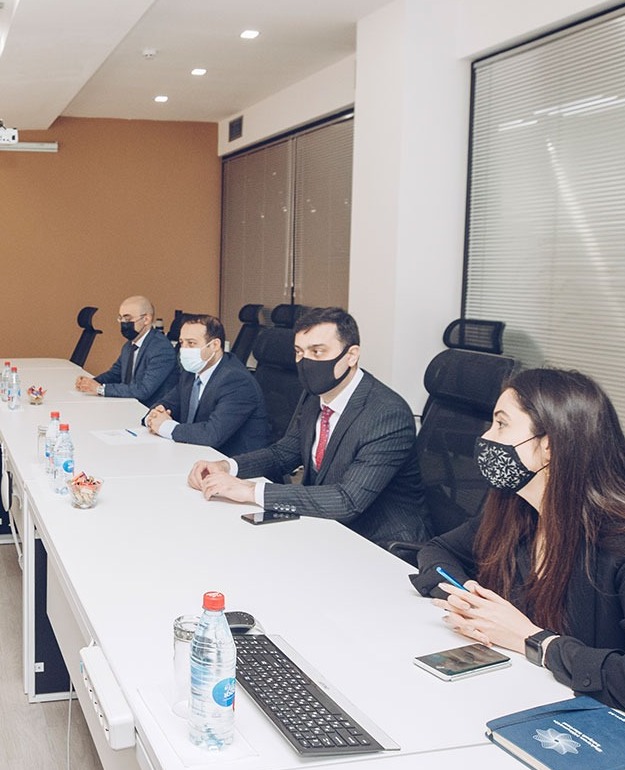 Director of the e-GOV Development Center under the State Agency for Public Services and Social Innovations subordinate to the President of Azerbaijan Fariz Jafarov met with Deputy Ambassador of Uzbekistan to Azerbaijan Botraliyev Mahamajon.

During the meeting, the delegation of the Uzbek Embassy was informed in detail about the model of e-government in Azerbaijan, the activities of the Center, and its projects. It was noted that the e-Government Information System (EIS) operates in the G2G, G2C, and G2B directions. In addition, during the meeting personal cabinet-based e-government portal - "MyGov", "ASAN Login" – Single Sign-On System, "ASAN Pay", "ASAN Finance", "ASAN Visa" and other projects launched by the e-GOV Development Center were discussed.

The sides exchanged views on issues of mutual interest in the field of e-government, and the questions of the guests were answered.