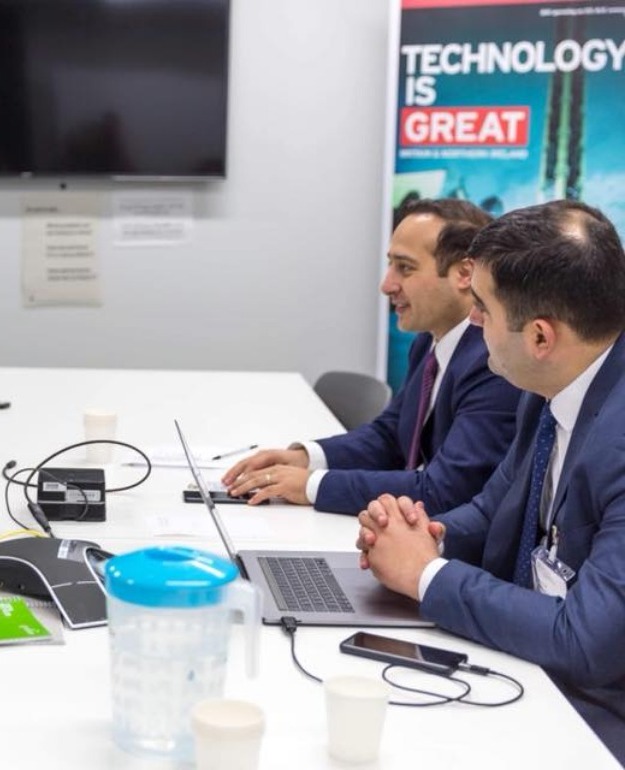 The Delegation of the EGDC visited London

On November 15-16, 2018, at the invitation of the Digital Public Service of Great Britain and United Kingdom of Northern Ireland, a delegation of the "Electronic Government Development Center" public legal entity, subordinated to the State Agency for Public Service and Social Innovations under the President of the Republic of Azerbaijan, traveled to London, United Kingdom within the framework of "Joint Intergovernmental Commission on Economic Cooperation between the Government of the Republic of Azerbaijan and the Government of the United Kingdom of Great Britain and Northern Ireland".

The purpose of the visit was to study the experience of Digital Public Service of United Kingdom and establish mutual cooperation. The sides discussed the development of e-services in both countries, shared experiences, and “ASAN service” model was presented. Discussions were also held on innovations in Azerbaijan in the field of e-government. Moreover, “E-Government Portal", "ASAN Visa", "ASAN Pay" and other projects were also presented.

"E-Government Development Center" is a public legal entity established by the Decree of the President of the Republic of Azerbaijan dated March 14, 2018, numbered 1885, which combines the electronized fields in the country.

The "Government Digital Service" is a single portal providing e-government services in the UK and Northern Ireland.