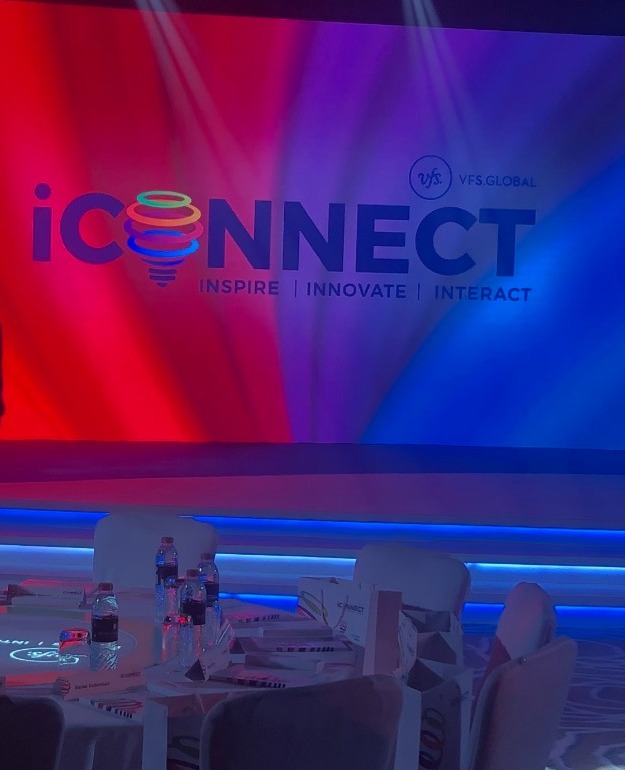 The ASAN Visa system introduced at the iConnect 2018 forum

On November 21, 2018, a delegation of the "Electronic Government Development Center" public legal entity, subordinated to the State Agency for Citizens Service and Social Innovations under the President of the Republic of Azerbaijan, attended the iConnect forum. The ASAN Visa system was introduced in the forum.

This year's 5th annual forum was organized by VFS Global in Dubai, United Arab Emirates. The topic of the forum was "Shaping the Next Generation of Visa Services".

At the forum, special attention was paid to the application of modern technology solutions in the field of visa services, as well as the protection of data was the main topic of discussion. Other issues, such as e-visa systems, simplification of visa issuance, identification in the e-government system, risks and responsibilities in the visa area, confidentiality of information, visa documenting, application of blocker technology in the documentation system and migration system were also discussed.

During the forum, along with "ASAN Visa", the ASAN Visa 2.0 project was also presented and joint discussions were held for Azerbaijani citizens to obtain visas for foreigners. The advantages of the projects for citizens and service providers, the benefits of socio-economic and tourism were highlighted, and both projects were created with the principles of electronization and single-window access.

Heads of migration services from 65 countries, heads of consular offices of foreign countries, ambassadors, visa service providers, and other high-ranking officials and experts from state and private organizations took part in the forum.

It should be noted, that the ASAN Visa system was established by Decree No. 923 of the President of the Republic of Azerbaijan dated June 1, 2016, on "Simplifying the issuance of electronic visas and establishing “ASAN Visa” system". Foreigners and stateless persons can obtain the electronic visa by only steps and within 3 working days. Citizens of 95 countries can benefit from this system.

To date, more than 878,000 ASAN Visas have been issued. Thus, more than 653,000 of them are obtained through the website evisa.gov.az, and more than 225,000 visas are acquired at the airports through ASAN Visa employees and self-service terminals. According to the majority of appeals, countries that differed in the top ten are Iran, Saudi Arabia, Pakistan, Turkey, India, United Arab Emirates, Israel, Turkmenistan, United Kingdom, Germany. 81.8% of traveling foreigners are traveling to the country for tourism purposes.