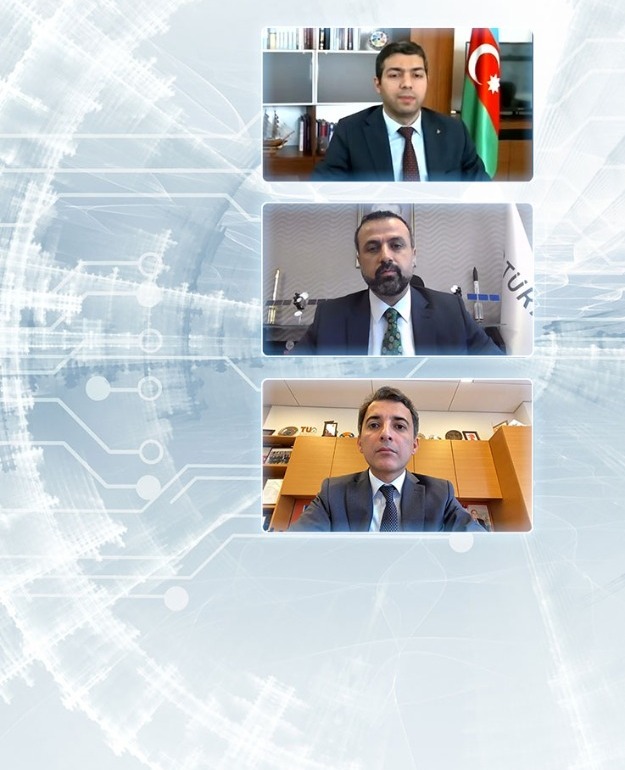 An international conference on "Artificial Intelligence in Digital Governance" (AIFORDIGIGOV) organized by the E-GOV Development Center of the State Agency for Public Service and Social Innovations under the President of the Republic of Azerbaijan continues. On the second day of the event, Deputy Chairman of the State Agency Jeyhun Salmanov and Director of Turksat Hasan H. Ertok made opening speeches on "Shaping the Future Together" moderated by ADA University Vice-Rector Fariz Ismayilzade.

Deputy Chairman of the State Agency Jeyhun Salmanov spoke about the "ASAN service" model. At the initial stage, the services provided in different places were collected in one stage, said the deputy chairman and stressed that at the present stage the transition from services provided in one place to uninterrupted services is provided. “myGov” personal cabinet based e-government platform which transitions from reactive services to proactive services is shown as an example. Touching on the topic of artificial intelligence, Jeyhun Salmanov stressed that there will be more time to make decisions as a result of the automation of daily work through new generation technologies.

The conference, sponsored by “PASHA Holding”, “the International Bank of Azerbaijan”, “BestComp” and bp, is dedicated to the memory of world-famous scientist Lotfi Zadeh.

In the first half of the day, two panel discussions were held. In the first panel discussion on "Ethics of artificial intelligence" moderated by the director of Lotfi Zadeh Technology Center Imran Bagirov, Gregor Strojin, Chair of the Committee on Artificial Intelligence of the Council of Europe, Mikhail Shmelev, Director of National Technology Policies and Strategies for 24 countries in Central and Eastern Europe Region of Microsoft, Idoia A. Salazar, President and Co-Founder of OdiseIA spoke.

At a panel discussion on "State Strategies for Artificial Intelligence" moderated by Vik Pant, Chief Scientist and Chief Science Advisor at the Department of Natural Resources Canada of the Government of Canada, Rashad Azizov Head of Innovations and Digital Development Department of the Ministry of Transport, Communications and High Technologies, Anett Numa, Digital Transformation Adviser of the e-Estonia Briefing Centre, Sengmeng Koo, Senior Deputy Director of AI Singapore spoke.

Nihat Shenyuva, Chief Information Officer at the International Bank of Azerbaijan, Bahruz Naghiyev Executive Board Member of PASHA Bank, Alexey Kotlov, vice-president of Digitalization of GazProm Bank Russia, Ana Chubinidze founder of AI Governance International, Vidya M. Mueller, Digital Transformation Architect Gender Equality Rapporteur in the Ad hoc Committee on Artificial Intelligence of Council of Europe, CEO and Co-Founder of Givetastic, Akbar Abbasov, Deputy Director of Agrarian Science and Innovation Center spoke at the sessions in the second half of the day moderated by Michael Burns, PwC's leader in artificial intelligence and technology, and Leyla Seyidzadeh, the head of Exploration, at the United Nations Development Program.

Within the framework of the event, workshop was also organized and the data competition on the “Kaggle” platform has started.