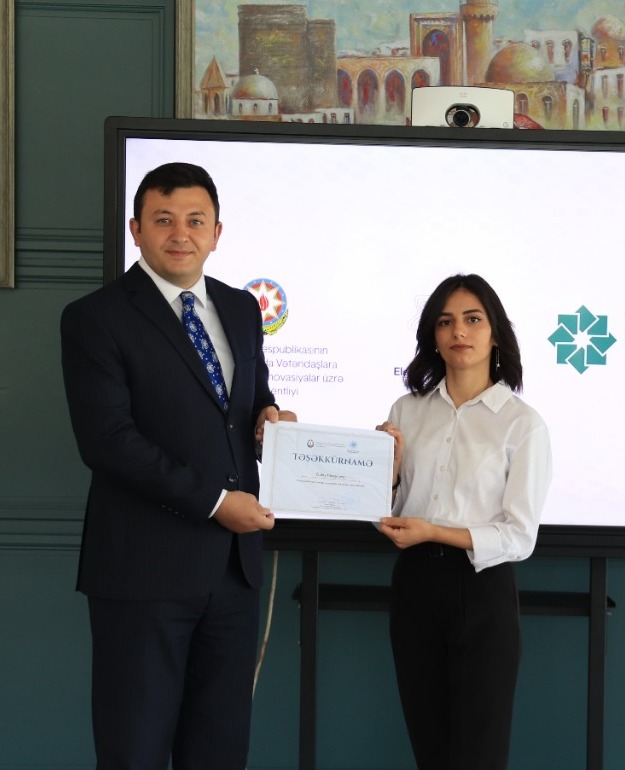 The next-fifth stage of the "Digital Government" campaign program, organized by the E-GOV Development Center (EGDC) of the State Agency for Public Service and Social Innovations under the President of the Republic of Azerbaijan and sponsored by "PASHA Holding" in order to promote digital services and increase the public's awareness of these services, has been completed.

Within the framework of the program supported by "ASAN Volunteering" School, 12 specially trained volunteers supported the residents of Shamakhi regarding e- government services, e- payments, and digital solutions and conducted surveys. Youth activities were carried out in Shamakhi district "ASAN service" center.

Digital volunteers, who received special training both physically and online by EGDC, informed citizens about "ASAN Login" Single Sign-On System, "myGov" personal cabinet-based e-government portal, "ASAN pay", "ASAN Finance", "e-Agro", "e-social", other portals, and digital solutions and supported them in the registration process when needed. Citizens were also informed by digital volunteers about the advantages of the rih.gov.az portal, an e-application for obtaining an online or physical meeting with local executive powers, as well as possible e-services and other directions included in the portal.

Citizens were provided with the relevant support when they need to register online on the portal. Volunteers were awarded letters of thanks for their active participation in informing citizens about the project. Until now, within the framework of the "Digital Government" campaign program, about 150 volunteers have worked in the "ASAN service" centers located in Baku. The program held in Shamakhi is the fifth in number and the first among the regions.