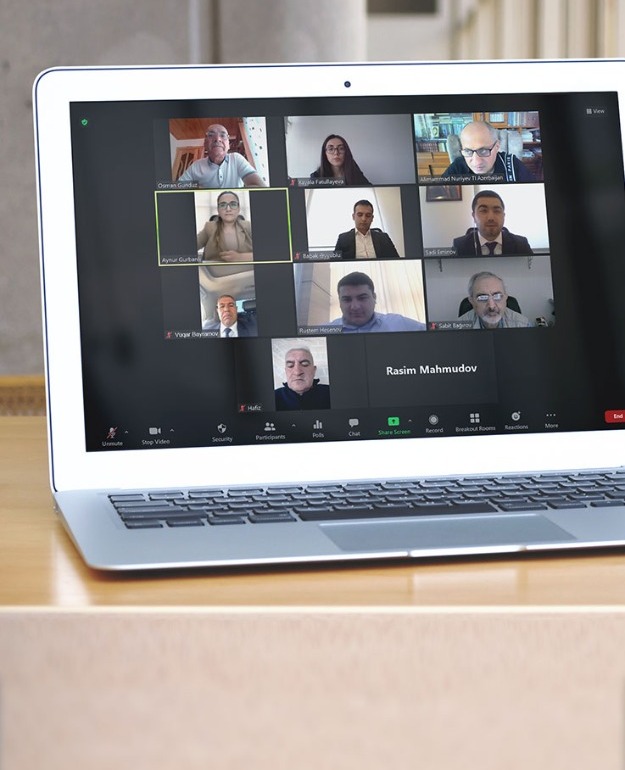 The next meeting of the Public Council for the Promotion of Electronic Services under the State Agency for Public Service and Social Innovations under the President of the Republic of Azerbaijan was held on May 20. During the online meeting, the initial version of the regional digital government portal developed by the E-GOV Development Center was presented to the Public Council.

During the meeting, the council members were informed that the main page of the portal, personal cabinet and survey sections were prepared in the initial version and submitted for public discussion, and an extensive presentation was held on the topic. The meeting also explained the module of public accountability of the portal on citizen reception, services, e-participation, suggestions and complaints, and stressed that citizens' appeals through the portal can be registered in parallel via chatbot.

Council members said the project would contribute to eliminating digital inequality between the capital and the regions and accelerating regional digital transformation.

During the event, questions of members of the Public Council on the functionality of the portal created for local executive powers and citizens were answered, opinions and suggestions were heard.

Initially, 3 socio-economically active regions were selected for the implementation of the project launched within the framework of building digital government in the regions: Ganja city, Masalli and Guba districts. These regions were selected for the representation of each zone of Azerbaijan (North, South and West), the majority of the population and the location of the "ASAN service" center. After successful implementation of projects, this experience will be developed and applied to other regions.

Electronicization of services of local executive powers have great importance for both local executive pokers and citizens of the region in terms of data-based flexible management, citizen satisfaction, improving service quality, saving time and resources, and ensuring citizen participation.