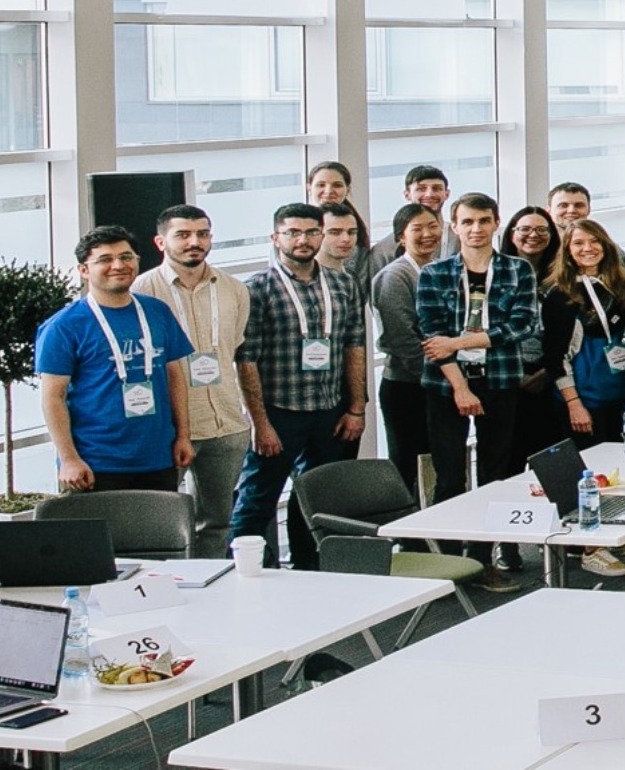 Employees of the E-Gov Development Center (EGDC) under the subordination of the State Agency for Public Service and Social Innovations, participated in International Data Analysis Olympiad’s final stage.

79 competitors of 31 teams from 7 countries participated in the final stage, arranged at the central headquarters of Yandex, which is the chief organizer of the Olympiad. At this stage, 31 teams have tried to find the optimal solution to the task raised by Yandex Taxi. One of these teams was "ifElse" consisting of Samir Mammadov, Umid Suleymanov, and Asker Mammadli, employees of the Software Development Department of the “E-Gov Development Center”. At the final stage, teams were assigned to set up a queue management model for Yandex Taxi drivers at the airport. The teams were given 36 hours to set a real 6-month taxi-booking date and model for airports. At the end, the built-in models were checked with real data of the next month and sorted according to the accuracy of the model. A team consisting of the E-Gov Development Center’s staff has successfully overcome the task and was awarded a certificate of attendance at the final stage.

The first stage of the International Data Analysis Olympiad (IDAO), conducted for the second time, performed online on January 15 - February 11. At the first stage, 1287 teams from 78 countries strived to find the solution of the task prepared by the European Organization for Nuclear Research.