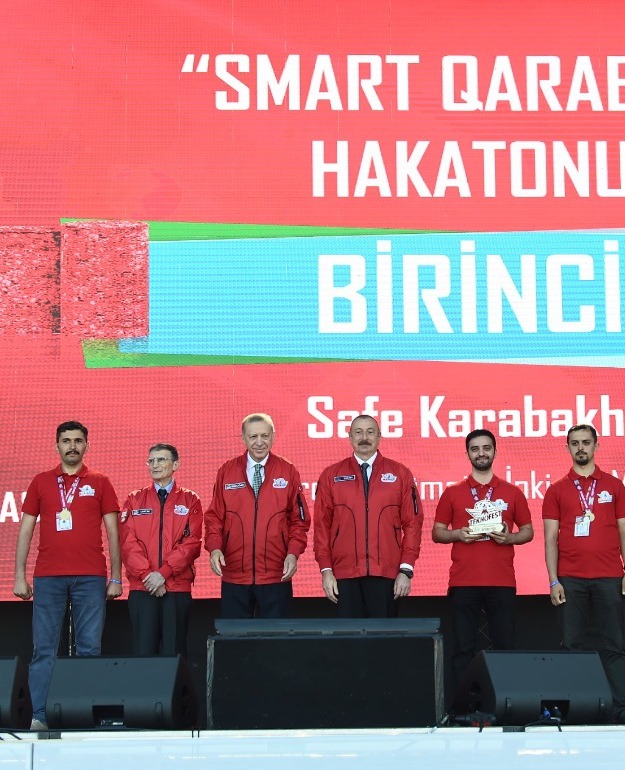 The “Safe Karabakh” team representing the E-GOV Development Center (EGDC) of the State Agency for Public Service and Social Innovations under the President of the Republic of Azerbaijan has been selected the winner of the “Smart Karabakh” Hackathon held as part of “TEKNOFEST-Azerbaijan”.

The ‘Safe Karabakh” mobile application created by the team can create several opportunities for citizens. Firstly, it is intended to notify citizens and relevant agencies when approaching dangerous areas, in addition, to allow citizens to monitor family members to make sure they are in a safe zone. Another functionality is that it is planned to get safe routes to where citizens want to go by using the mobile application. Given that unexploded ordnance and ammunition can sometimes be found in demined areas, a citizen who encounters such a situation can give an "SOS" signal through the application. Thus, the place is automatically marked as a danger zone. In addition, a citizen can take a picture of an unknown object and send it in the form of an application for investigation.

The project envisages the creation of cabinets belonging to the relevant agencies, through which they can access opportunities appropriate to their activities. It is intended that institutions involved in the demining process should be able to map the cleared areas, at the same time, receive appeals sent by citizens in real-time. It may also be possible for the relevant authorities to monitor the danger zones through the system and to monitor those who enter these areas.