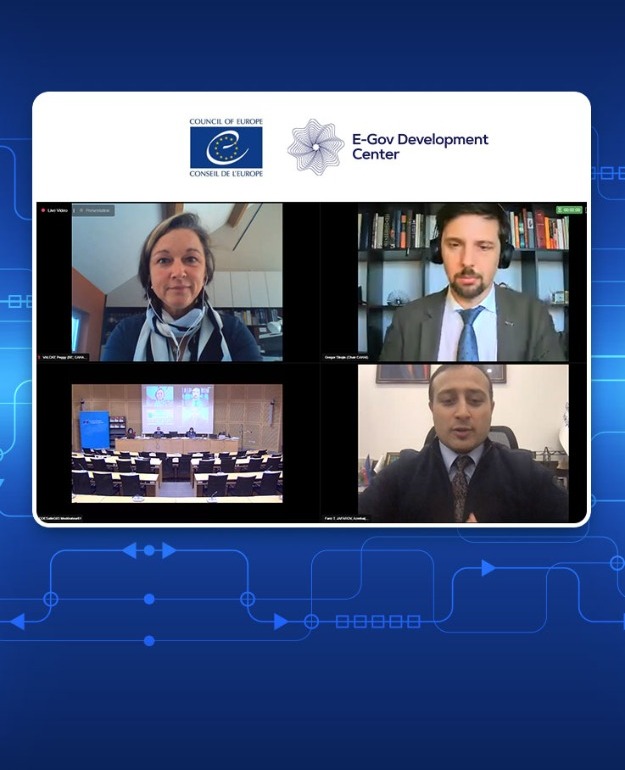 The 4th plenary meeting of the Ad Hoc Committee on Artificial Intelligence (CAHAI) established by the Committee of Ministers of the Council of Europe was held. At the online event our country was represented by Fariz Jafarov, Director of the E-GOV Development Center (EGC) of the State Agency for Public Service and Social Innovations under the President of the Republic of Azerbaijan.

The last meeting of the Committee was dedicated to the main elements of the legal framework based on the standards of the Council of Europe in the field of human rights, the rule of law and democracy.  In the meeting, the work with the Organization for Security and Cooperation in Europe in the field of classification of Artificial Intelligence, the protection of human rights in the era of artificial intelligence, and other issues were discussed. The discussions were held with the participation of stakeholders.

It should be noted that in 2019, Fariz Jafarov, Director of the EGDC from Azerbaijan, was elected an observer member of the Bureau of the Committee on Artificial Intelligence of the Committee of Ministers of the Council of Europe.

The number of personal cabinets in "ASAN payment" has exceeded 500,000

Another innovation from EHIM in 3 years of activity: there is a video recording opportunity in "ASAN Login" now

The mobile application of the “myGov” portal has been launched