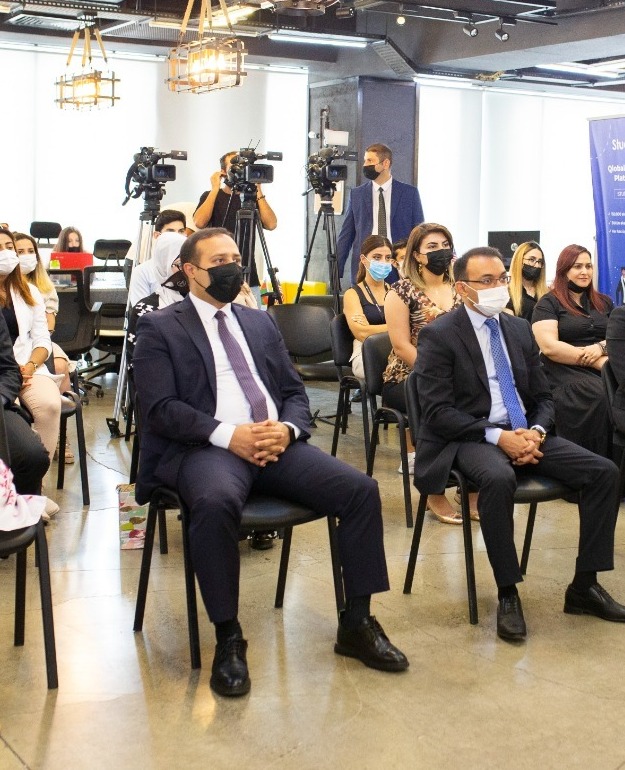 The 3rd “Towards Digital Journalism” program organized by the E-GOV Development Center (EGDC) of the State Agency for Citizen Services and Social Innovations under the President of the Republic of Azerbaijan and sponsored by PASHA Holding has been completed. The chairman of the State Agency Ulvi Mehdiyev, the director of EGDC Fariz Jafarov, program participants and other media representatives attended at the closing ceremony of the program.

Chairman of the State Agency Ulvi Mehdiyev noted that about 110 media representatives were enliightened and awarded certificates within the framework of the "Towards Digital Journalism" program. They also stressed the program's contribution to the media and public awareness through them, the importance of such social responsibility projects on the path to development.

In addition, all participants who successfully completed the program were awarded certificates and presents by EGDC. At the end of the event, a media tour was organized for the participants in the administrative building of the Center and detailed information was provided on the activities of the structures and units of the Center.

The main goal of the program "Towards Digital Journalism" is to inform the media representatives about e-government services, digital solutions, and through them to increase the digital literacy of society in this direction.

It should be noted that the 1st and 2nd "Towards Digital Journalism" programs were held in 2020 and caused great interest.