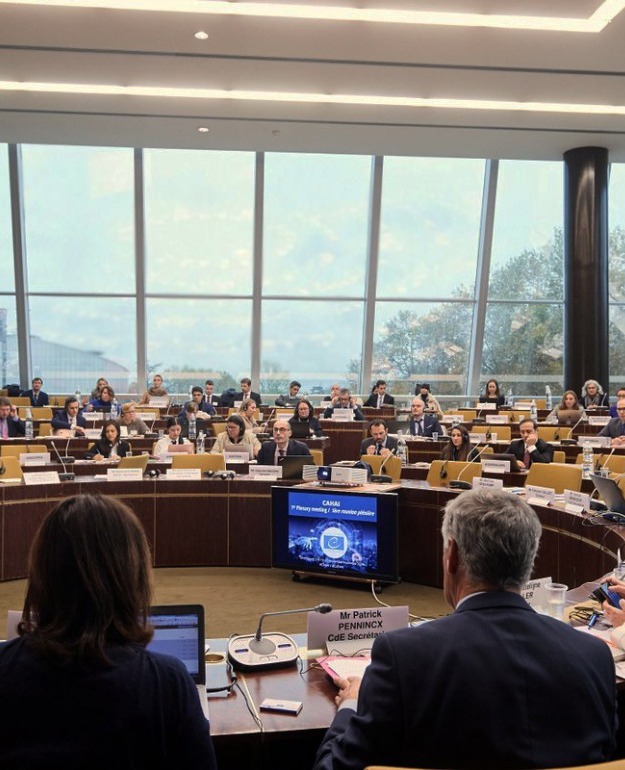 The first plenary meeting of the Ad hoc Committee on the Artificial Intelligence of the Committee of Ministers of the Council of Europe (CAHAI) was held on November 18-20, 2019 in Strasbourg, France. The main subject was the Committee's work on the role of high technology in the protection of human rights, the impact of artificial intelligence on this area, e-governance, preparation of legal framework. Fariz Jafarov, Director of the E-GOV Development Center (EGDC) subordinate to the State Agency for Public Service and Social Innovations under the President of the Republic of Azerbaijan attended the meeting.

Participants of international organizations, 47 member states of the Council of Europe were informed about “ASAN Service”, implemented intellectual projects, including “ASAN chat bot”, analysis of the “ASAN Visa” surveys. Also, work in the direction of digital government in Azerbaijan, improvement of state services through artificial intelligence, successes achieved by our country in this field were brought to the attention.

At the meeting, Fariz Jafarov, the director of the EGDC was elected a member of the Bureau of the Committee as an observer.

The Committee on Artificial Intelligence consists of representatives from all Member States. As well as the relevant structures of the Council of Europe (CE) European Union, Organization for Security and Co-operation in Europe, Specialized agencies of the United Nations, representatives of observer states, civil society organizations, experts from internet companies that are partners of the CE attend at the committee's plenary sessions.

In 2020, it is planned to hold the Bureau Meetings of the Committee on Artificial Intelligence and next plenary sessions.

The status of permits is already on the portal “myGov”

State Agency: icaze.e-gov.az portal and 8103 SMS permission system will be valid until May 4

In April, more than 264,000 citizens have registered through the ASAN Login system.

The State Agency warns regarding the abuse of SMS codes

Warning from the State Agency on the portal icaze.e-gov.az

Two new functions have been created regarding Permission system

Permission System in the Enhanced Special Quarantine Regime is Being Implemented