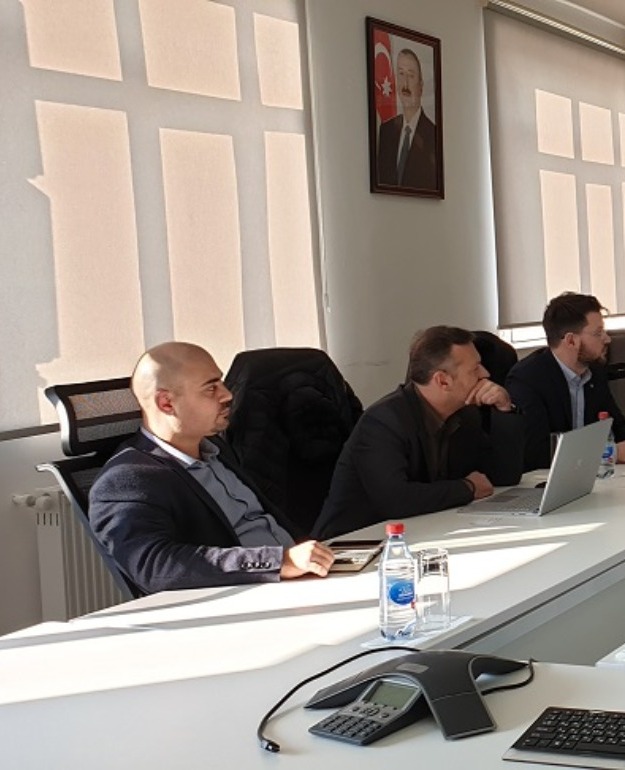 On December 22, 2020, a meeting with representatives of Microsoft Azerbaijan, was held at the E-GOV Development Center subordinate to the State Agency for Public Service and Social Innovations under the President of the Republic of Azerbaijan. The meeting was attended by the Yianni Touliatos, Regional Director, Technical Sales for CEE Multi-country Region at Microsoft and other representatives of the company.

Gachay Mirzayev, General Manager of Microsoft Azerbaijan, mentioned that the E-GOV Development Center is doing very significant work for the community in the field of digitalization, so Microsoft is ready to cooperate with and support the Center.

At the meeting, the directions of cooperation between the parties and the work done in the field of programming were also discussed. As a result of previous meetings with Microsoft Azerbaijan, training, certification and exam opportunities for the Center's developers, as well as a workshop on the project management system, were also considered. It was noted that another topic for the training to be conducted by the company's specialists, will be cybersecurity.

The meeting continued with discussions.

EGDC participated in the UN event on e-participation