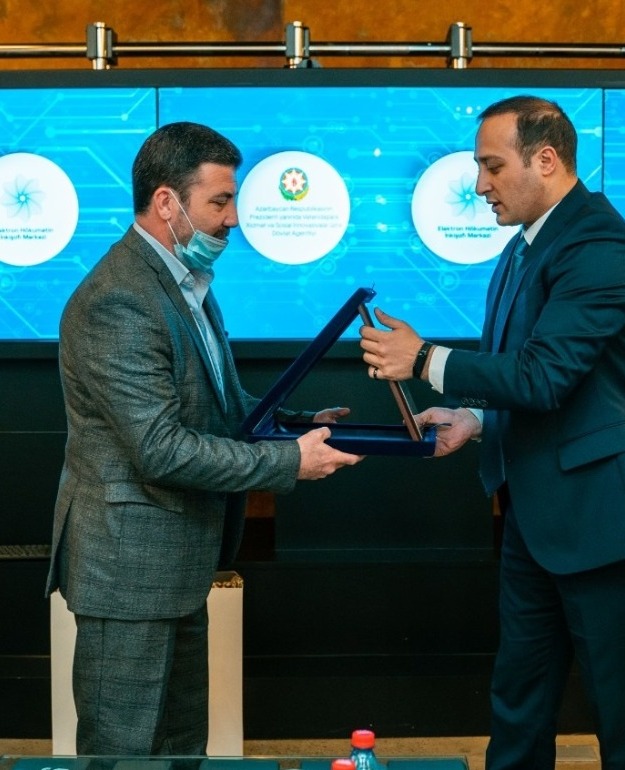 On April 21-23, 2021, the e-GOV Development Center held a chess tournament dedicated to the memory of our martyr Rashad Mehdiyev.

Rashad Mehdiyev, an employee of the Data Laboratory Department of the e-GOV Development Center, became a martyr in the 44-day Patriotic War.

The first stage of the tournament, which took place in the administrative building of the e-GOV Development Center among the staff, was organized in the Swedish style, and the 10 people with the highest scores in this round qualified for the next stage. The 10 participants in the final stage held a total of 9 round-robins. Mammadov Bakhtiyar, who won 1st place with 8 points, Mammadjamal Ismayilzadeh, who won 2nd place with 7 points, and Umid Suleymanov, who won 3rd place with 6.5 points, were awarded certificates and prizes.

The award ceremony of the tournament was attended by Rahman Mehdiyev, father of our martyr, his mother Yegana Mehdiyeva, his brother, and other family members. A video dedicated to the memory of our martyr was shown at the ceremony: https://youtu.be/oiHATIfOGCQ

Afterward, the director of the e-GOV Development Center presented an Honorary Decree to Rashad Mehdiyev and his family members.

While getting acquainted with the administrative building of the Center, the family members of our martyr visited the conference room named after Rashad Mehdiyev, as well as the office of the department where he used to work.

The e-GOV Development Center plans to hold a chess tournament annually to immortalize the name of the martyr Rashad Mehdiyev.