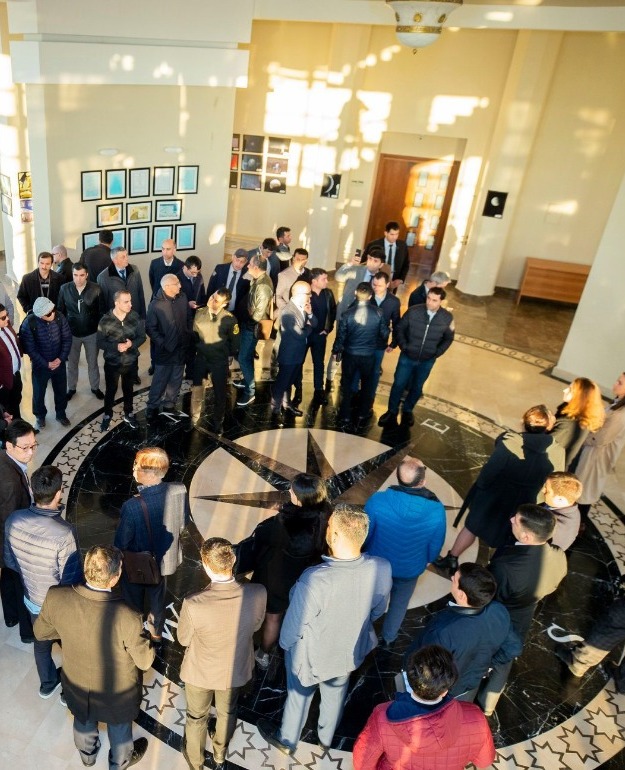 The third meeting of the e-Government Executive Group was held.

The next meeting of the e-Government Executive Group was held with the organization of the State Agency for Public Service and Social Innovations under the President of the Republic of Azerbaijan and support of the Ministry of Transport, Communications and High Technologies.

Forthcoming tasks in the field of e-government formation and their implementation mechanisms, government cloud perspectives were discussed at the meeting, as well as innovations and information on international experience in this direction were conducted.

Deputy Chairman of the State Agency for Public Service and Social Innovations under the President of the Republic of Azerbaijan, head of the e-Government Executive Group Mr. Jeyhun Salmanov briefed the importance of e-government activities and joint activities of the State Agency and other agencies in this field. In the first part of the event, steps accomplished in the field of e-government development and promotion, study, and application capabilities of existing international experience, implemented events and their future prospects were discussed.

In the second part of the event, an international expert, professor Con K. Koyle made a presentation on "Design Thinking” and informed the members of the executive group about it.

The third meeting of the Executive Group was held in Shamakhi region. Within the framework of the event, the participants visited Shamakhi Astrophysical Observatory, also free discussions were held between the participants on various topics.

The e-Government Executive Group was established in accordance with the Decree of the President of the Republic of Azerbaijan No 1885 of March 14, 2018, to ensure the formation, maintenance, integration, and implementation of unified coordination in the field of effective management of state information resources and systems, as well as ensuring a speedy transition to the digital government, increasing international competitiveness in the field of e-government and digital innovation, coordination of activities of state bodies on the development and promotion of e-government. Representatives of about 60 various government agencies participate in the e-Government Executive Group.