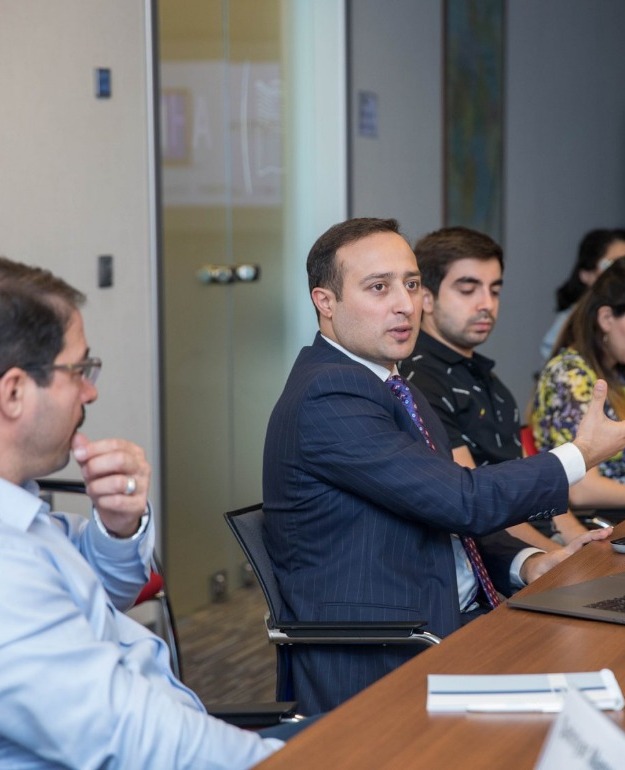 The next meeting of ICT Working Group of the German-Azerbaijani Chamber of Commerce (AHK Azerbaijan) was held.The meeting was attended by leading representatives of the companies included in the Working Group.

The meeting opened with a welcoming speech of Mr. Tobias Baumann, Executive Director of AHK Azerbaijan and Mr. Rufat Sadigov, Chairman of the ICT Working Group.

Director of E-Gov Development Center (EGDC), Fariz Jafarov under the subordination of the State Agency for Public Service and Social Innovations under the President of the Republic of Azerbaijan, Mr. Fariz Jafarov attended the meeting as a guest speaker and he delivered a speech on topic “Support of E-government to the business”.

Participants of the meeting were informed about activity directions of EGDC’s and projects developed by the Center, as well as facilitated relations between business representatives and government agencies, and activities done for the development of services.

At the end, questions of the participants were responded and the meeting was followed by discussions.